This exhibition reunites Jacob Lawrence’s revolutionary 30-panel series Struggle . . . from the History of the American People (1954–56) for the first time since 1958.

One of the greatest narrative artists of the 20th century, Lawrence (1917–2000) is best known for The Migration Series (1940–41), exhibited at SAM from January 21 through April 23, 2017, which told the story of the mass exodus of African Americans from the rural south to the industrial North following World War II. Struggle is likewise a narrative work in series and engages key moments from the American Revolution and the early decades of the republic to address, as Lawrence put it, “the struggles of a people to create a nation and their attempt to build a democracy.”

To allow for physical distancing, capacity is limited and ticketing is timed. Everyone must get tickets online in advance to secure your preferred day and time; if limited capacity has been reached tickets will not be available.

The cost of admission to Collections and Installations is suggested. Suggested admission means visitors may choose to pay what they want. We hope you will consider paying the full suggested admission of $19.99 for adults to support the museum during this difficult time. If you choose to pay what you want, please contact SAM’s Customer Service Center in advance at 206.654.3210 from 10 am-5 pm Wednesday–Sunday.

For a contactless experience, print out your ticket at home or download to a smartphone.

The Seattle Art Museum acknowledges that we are located on the ancestral land of the Coast Salish people. 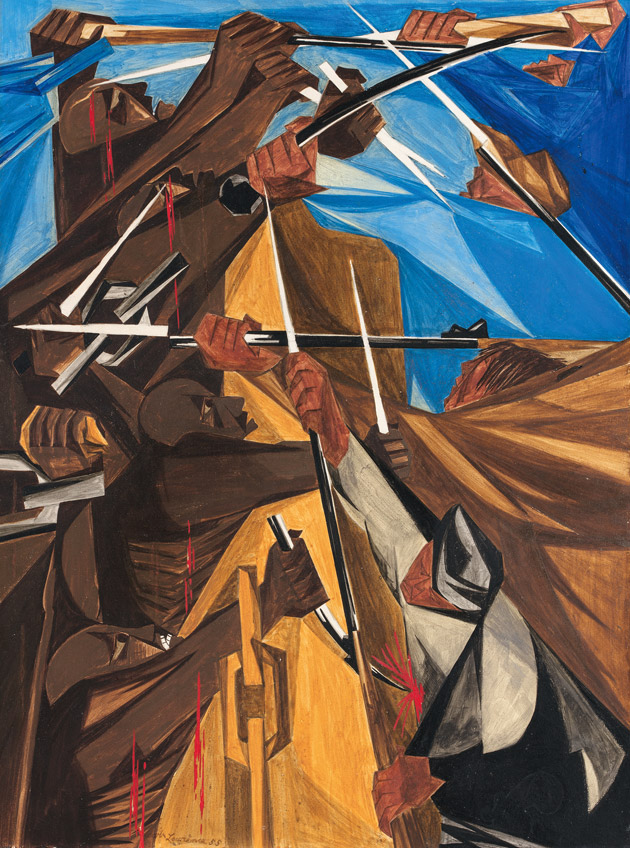