Herbie Hancock is a true icon of modern music. Throughout his explorations, he has transcended limitations and genres while maintaining his unmistakable voice. With an illustrious career spanning five decades and 14 Grammy® Awards, including Album of the Year for River: The Joni Letters, he continues to amaze audiences across the globe.

There are few artists in the music industry who have had more influence on acoustic and electronic jazz and R&B than Herbie Hancock. As the immortal Miles Davis said in his autobiography, “Herbie was the step after Bud Powell and Thelonious Monk, and I haven’t heard anybody yet who has come after him.”

Born in Chicago in 1940, Herbie was a child piano prodigy who performed a Mozart piano concerto with the Chicago Symphony Orchestra at age 11. He began playing jazz in high school, initially influenced by Oscar Peterson and Bill Evans. He also developed a passion for electronics and science, and double-majored in music and electrical engineering at Grinnell College. 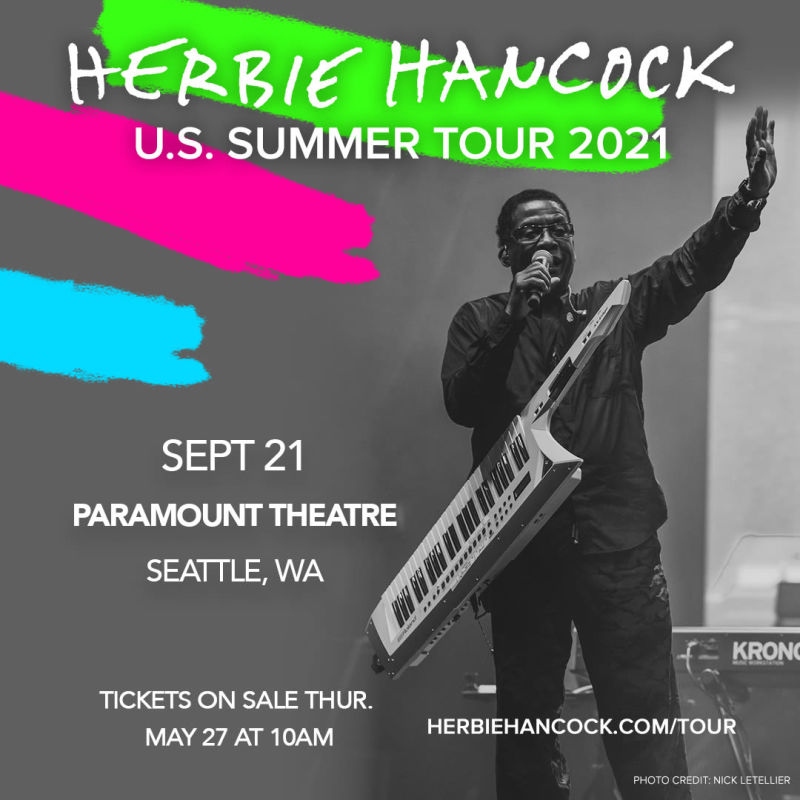