The Business of Books: How to Start a Book-Related Business: A Workshop for BIPOC Entrepreneurs

Affinity Spaces Workshop
Want to start a book-related business don’t know where to start? Join us for a four-part workshop series for BIPOC* literary entrepreneurs.
Tonight’s topics include an overview of the industry, “The Life of a Book” presented by Gary Luke and a roundtable discussion about “Things I Wish I Knew” with publisher Christina Vega, author and festival founder Jeffrey Cheatham II, and longtime bookseller Karen Maeda Allman.
Save the date for the rest of the workshop dates: October 8; November 12; and December 6!
This event is being presented in person at the Beacon Hill Branch. It is presented in partnership with African-American Writers’ Association, Business Impact Northwest, Hugo House, Indigenous People’s Institute, Langston Seattle, Pacific Northwest Booksellers Association, Seattle City of Literature, Seattle Credit Union, Seattle Office of Economic Development, Seattle Urban Book Expo.
This event is supported by The Seattle Public Library Foundation and the Gary and Connie Kunis Foundation. Thanks to media sponsor The Seattle Times. This event will be audio recorded and posted on SPL’s website after the event.
*BIPOC means Black, Indigenous and People of Color
About the Speakers:
Gary Luke held editorial and executive positions in the book publishing industry over four decades. He recently retired as the publisher at Sasquatch Books in Seattle. Gary worked as an editor of fiction and nonfiction books at Dell/Doubleday, Penguin USA, and Simon & Schuster when he lived in New York. Authors he has worked with include Shawn Wong, Brenda Peterson, Bruce Barcott, Nancy Pearl, Kate Lebo, Jonathan Raban, and Eric Liu. A fourth-generation Seattleite, he received a BA in English from Western Washington State College. He is a past board member of Artist Trust.
Jeffrey Lee Cheatham II is an award-winning children books author from Seattle, WA. Cheatham is the creator of the Seattle Urban Book Expo, an organization that provides promotional and writing services for aspiring self-published authors of color.
Karen Maeda Allman recently retired from Elliott Bay Book Company after 23 years of service. She has served on jury and awards panels for Hedgebrook, the Washington State Book Awards, the NEA Big Read Book Review Committee, the NEA Literary Translation Fellowships, the Kiriyama Prize, and the 2016 DSC Prize for South Asian Literature. She has worked in bookstores since 1989, and in 2017 won a Seattle Arts and Lectures Prowda Literary Champions Award.
Christina Vega (they/them) is a Queer Chicana poet from New Mexico. They’re the publisher at Blue Cactus Press, they serve on the board of directors at Pacific Northwest Booksellers Association, and they self-published their debut poetry collection, Still Clutching Maps, in 2017. Christina believes we have the power to reshape our communities with principles of Emergent Strategy, transformative justice, and collective laboring of love. They believe revolution starts at home. 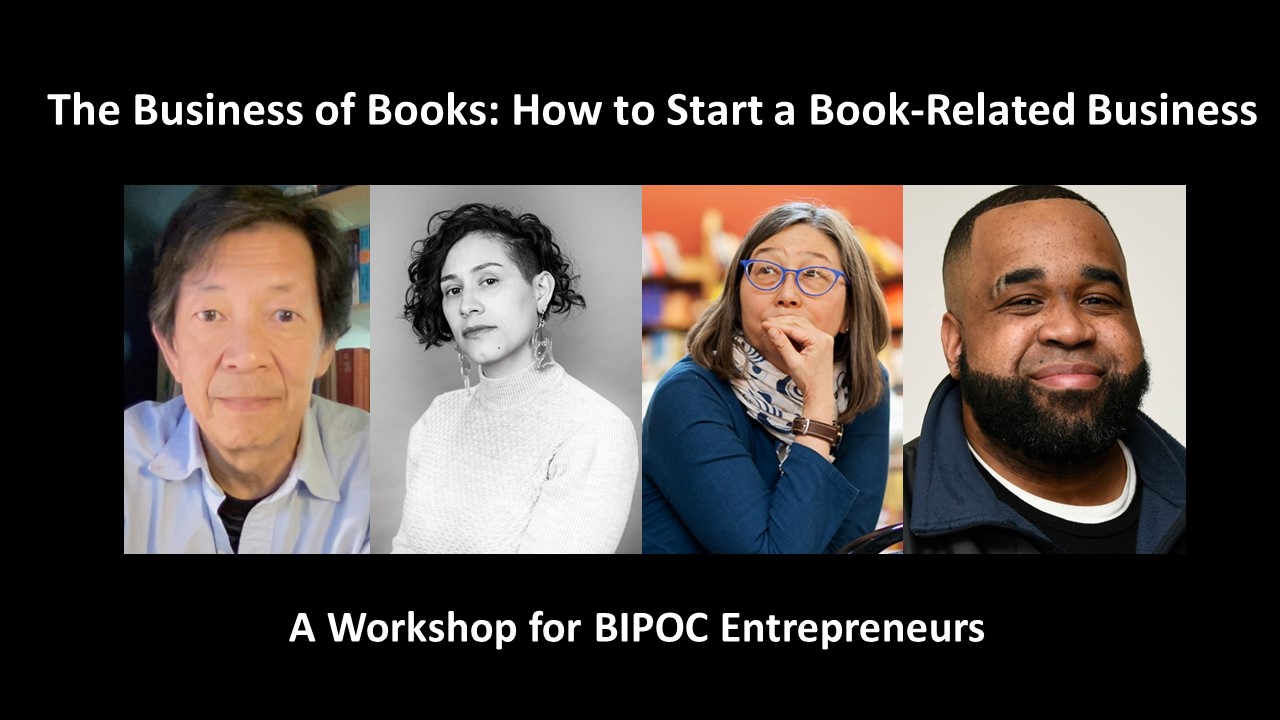 Since 1891, we have grown from a single reading room in Pioneer Square to a world-class Library system with 27 locations. Learn more about us, our contributions to the city and how you can support our work.