EchoX is honored to partner with one of our first directory participants, the African-American Writers’ Alliance (AAWA), to present a Wednesday poetry series from a collective of different authors. For the next few Wednesdays, we will continue sharing poetry and writing from one of these incredibly talented writers. This Wednesday we are proud to share the work of Merri Ann Osborne. Our previous Wednesday poet was Gail Haynes.

Learn more about the work that AAWA does and support their writing at http://www.aawa-seattle.org/.

First, I thought we left Detroit because Grandma Delia needed help as she got older. But it didn’t take me long to realize I was the one that needed her. Mom, Dad, my big brother Shaunte and I moved to Seattle because of my visions.

I started having them when I was twelve, but I never told anyone. How do you explain to your parents that during last year’s family road trip, you saw soldiers from the Revolutionary War walking along the interstate? If I told my brother Shaunte that I saw Frederick Douglass and John Brown talking in a park in downtown Detroit, he, Mr. Know-It-All, would remind me they died over 125 years ago.

Why should he believe me?

No one else saw what I saw, and the people in the visions took no notice of me. It was as if I didn’t exist in their past or my present.

Like a light turning on and off without the switch being flipped, the visions came and went unexpectedly.  When I was thirteen, I became so anxious and frightened that I could hardly sleep.  My schoolwork and friendships suffered, leaving me feeling lost and alone.

Shaunte left for college to study science, which made me happy for him and sad for me at the same time.  I tried to tell him about my visions, but couldn’t find the words.  He trusted hard facts, and I had none.

When my fourteenth birthday rolled around, it was just my parents and I celebrating dinner at my favorite restaurant.  When we got home, I put on my pj’s and headed to the kitchen for a glass of water, thirsty from my sugary birthday dessert. I heard my parents talking about me from the hallway, so, yeah, I eavesdropped.

“You don’t even like being near Momma Delia,” Daddy said snickering.

“You got that right, Anthony,” Mom laughed at first, but then her voice turned serious. “But something is going on with Shawnice.  I may not understand my Mom’s ways, but she’ll know what to do.”

The summer I turned fifteen, we loaded up the car and headed West. Leaving my past behind was hard, but I focused on making a fresh start.

We drove through nine states on our way to Seattle, and I had a vision in each one. By now I was used to visions. They didn’t bother me, and I didn’t bother them, at least that’s what I told myself.

As we got closer to Seattle, the mountains along the highway looked insurmountable compared to the lowlands of Michigan. Crossing the bridge over a large lake, we approached a tunnel with a sign overhead that read

“Seattle, Portal to the Pacific.”

We drove into its darkness.

An apartment in the Central District was our new home.

I didn’t tell her I remembered them screaming and shouting at each other and hearing doors slam every time Grandma Delia visited.

“You’ll see. We moved here so you could be close to her,” she said, “but it’s too close for me.” Momma uttered that last part under her breath.

The next day my parents dropped me off at the front door of a small, blue one-story home. They sped off, barely saying goodbye.  I stood as tall as I could, walked to the front door and knocked.

A woman looking like an older version of Momma stood in the doorway.  Grandma Cordelia, Delia for short, was slightly taller than I and full of patterns. She wore a tie-dyed shirt that read “Are you ready?  If not, hurry up!” and a full-length skirt that was a patchwork of triangle shapes. Her perfectly shaped Afro was shaved on one side and swept in an Afro puff on the other. Earrings the shape of mancala boards hung from her earlobes, and her deep brown eyes studied me intently, making me nervous.

“Come in, Shawnice,” she said, guiding me to a chair in the living room. Despite her swirl of colors and designs, Grandma’s voice was calming. We sat facing each other, and Grandma Delia got straight to the point. “You’ve been having visions, right?”

“Your Momma, of course,” she replied matter-of-factly. “Now, about them visions, I have them too.”

I opened my mouth in surprise, struggling to speak, but Grandma Delia wasn’t having that.

“Close your mouth Shawnice and only open it when you have something to say.” Her sharp tongue clashed with the lilting tone of her voice, but I didn’t mind. I had waited a long time to learn about my visions, so I kept silent and listened. “We call the visions ‘The Truth’ because that’s what they are. The Truth skips around in a family, so your Momma doesn’t have it, but we do.”

“We is our family. Our Truth is through visions – seeing the past, present and future, sometimes at the same time. Other families have different Truths. There are kids out there turned fifteen, like you, learning their Truth. You’re not alone.” she stood up.  “As for your Mom, sounds like you’re both overdue for a talk.”

She left the room, and I sat there thinking. I was relieved I wasn’t alone. As for Momma, if she knew about The Truth, then she also knew about my visions. Why hadn’t she said something these past three years?

Returning with a tray that held two mugs, hot steam rising from the rims, Grandma Delia said,” Here’s some tea

I made special for you,” A little brown and white dog that looked to be a hundred years old followed her and sat on the green shag carpet watching us.

Taking one of the mugs, I sipped the tea and instantly felt better as my lips turned sweet with the taste of cinnamon, sugar, and cloves.

“Try not to be mad at your Mother,” she said as she sat down. “Her life hasn’t been easy, especially since she married your father.”

“Don’t talk about my father!”  I shouted, so upset that the mug trembled in my hands.

“I’m not!  Your father’s a good man. It’s the world that don’t treat him right, not me.” She paused. “Your mom wants quiet, and The Truth is anything but. It’s a joy and a burden, and you’ll find that some families use their

Truth for good, while others use it to do bad things. Then there are the ones in between who do nothing. That can be just as dangerous. Understand?”

My anger was replaced by curiosity, “I understand, but what kind of family are we?”

“The good kind, of course,” she said laughing hard.

As she did so, I noticed a few of her bottom teeth were gone. The tiny dog laughed with her.

When I got home, my parents didn’t ask me anything about meeting with my grandmother. 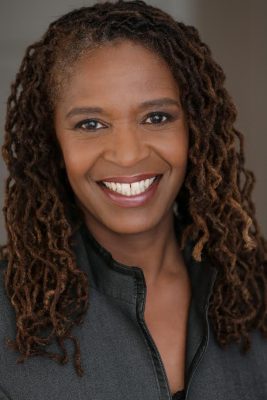 Merri Ann Osborne has been intrigued by stories and the art of storytelling since childhood.  In middle school she started writing stories, plays, songs, and jingles and hasn’t stopped since!  Not one to be pigeon-holed by genres or labels, Merri Ann utilizes various media to express and share her art, including acting, dance, voice-over, producing and directing. Having lived and travelled abroad, Merri Ann is drawn to writing about the intersection of culture, history, class and social issues.  She explores how these themes impact relationships and our shared future. Her first published short story, “The Crew,” can be found in the African American Writers’ Alliance  2018 anthology Voices That Matter. She is currently completing her first middle grade historical fiction novel and has many more stories she wants to tell.