A Path Towards Reconciliation and Healing 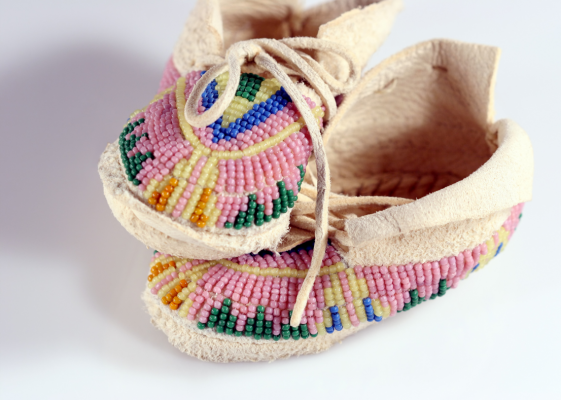 September 30 is the National Day of Remembrance for U.S. Indian Boarding Schools. This past summer, mass graves were discovered in Canadian residential schools, sparking outrage across non-Indigenous communities as the world found out what our Indigenous communities already knew. But Canadian schools are not the only ones to contain mass child graves. Canada, the U.S., Australia, and New Zealand are all countries with this murky past.

In order to heal, we must acknowledge the ongoing trauma that came from these schools and call for accountability from the government and religious institutions who ran them and inflicted the abuses.

Denise Lajimodiere is an Anishinaabe author, artist, and academic who has spent hours searching for records of Native American boarding schools in archives. She is an enrolled citizen of the Turtle Mountain Band of Chippewa Indians, Belcourt, North Dakota. Earlier this year, Indian Country Today wrote an article about Lajimodiere and other Indigenous historians working to release these stories. Here is an excerpt from the article:

And grueling and traumatic. The records are incomplete, but what researchers like Lajimodiere have uncovered reveals a shameful history. Children were often abused, separated from their families and stripped of their culture and language. The records contain stories of both loss and resistance, but they are also important for what’s missing. Many children disappeared and never made it home.

For Lajimodiere, this work is extremely personal, and that’s one reason why she does it.

“I wasn’t sent to boarding school,” said Lajimodiere. “But my parents and grandparents were. My story is the story of millions of Native people and the intergenerational trauma and the historical trauma. We are still in that unresolved grief.”

“Stringing Rosaries: The History, the Unforgivable, and the Healing of North American Indian Boarding School Survivors,” a book by Lajimodiere. You can also watch and listen Lajimodiere discussing her book on YouTube.

“My grandparents were stolen from their families as children. We must learn about this history,” an opinion piece in the Washington Post by Secretary of the Interior Deb Haaland (Pueblo). Below is an excerpt from the article:

For almost 100 years, thousands of indigenous children were taken from their families and forced into residential schools run by religious institutions and the U.S. government. Some studies suggest that by 1926, nearly 83 percent of Native American school-age children were in the system.

The lasting and profound impacts of the federal government’s boarding school system have never been appropriately addressed. This attempt to wipe out Native identity, language and culture continues to manifest itself in the disparities our communities face, including long-standing intergenerational trauma, cycles of violence and abuse, disappearance, premature deaths, and additional undocumented physiological and psychological impacts …

“Interior Secretary Deb Haaland on the dark history of Indigenous boarding schools,” an episode of James Hohmann’s podcast, Please, go on, in which he interviews Haaland about the history and impact of Indian boarding schools. A transcript of the podcast is also available at the link above.

Many of the boarding schools were maintained by the Interior Department, which is now lead by Haaland. She made history earlier this year when she became the first Indigenous American to serve as Secretary of the Interior. Haaland believes she has a responsibility to continue conversations about indigenous trauma and work towards justice.

“Press Release on the Federal Indian Boarding School Initiative,” written by Haaland. The press release focuses on the “troubled legacy” of federal boarding school politics and outlines a path forward to create a future where Indigenous children are empowered through education. Below is an excerpt from the press release:

“Our administration has set out to forge a new path to engage with tribal communities and to live up to its trust and treaty responsibilities. But that obligation also requires that all Americans listen and learn, that we allow federal boarding school survivors and their families an opportunity to be heard and that we engage in meaningful tribal consultation to seek justice. Though it is uncomfortable to learn that the country you love is capable of committing such acts, the first step to justice is acknowledging these painful truths and gaining a full understanding of their impacts so that we can unravel the threads of trauma and injustice that linger. We have a long road of healing ahead of us, but together with tribal nations, I am sure that we can work together for a future that we will all be proud to embrace.”

Acclaimed Coast Salish artist Lawrence Paul Yuxweluptun plans to make a painting of children returning home to honor the thousands of Indigenous students who died in residential schools. Yuxweluptun was enrolled from kindergarten through part of second grade in Kamloops Indian Residential School, one of the Canadian residential schools which made headlines this past summer after the discovery of 215 graves. Luckily for Yuxweluptun, his father was able to take him out following a change in the law which allowed Indigenous people to live off-reserve.

“I was a witness. I saw the graveyards. I was there to watch one of my fellow students buried that was killed,” Yuxweluptun told the Vancouver Sun. “I can’t forget those days. I can’t forget how my language was taken away.”

Another artist also working to honor students of Indian boarding schools is Steven Grounds (Navajo/Euchee/Creek/Seminole). His mural began two years ago as a tribute to the Cheyenne and Arapaho tribes, a gesture of bringing some honor to a place now characterized by its decay. What he foresaw as an experiment in large-scale art, compared to his previous work in smaller drawings and paintings, evolved as he spent time at the site. Some of the faces are Indigenous chiefs and advocates, including Suzan Shown Harjo (Cheyenne/Hodulgee Muscogee).

A poignant quote from an article in Indian Country Today about the history of Indian boarding schools discusses the healing which Indigenous families have begun and must continue to do:

“We are taking steps towards healing every time we come together. Healing can take place at an individual level as well as for a family, community, and nation. Healing will take time—this historical trauma has been with us for generations.

An elder once said that healing meant that something was made whole again, and we know that will look different for each individual, family, and community.”

Each time one of these stories comes to light the public reacts with shock. However, Indigenous peoples and their families have been impacted by boarding schools for generations and have already known these truths. They have been wanting (and working toward) healing, justice, and reconciliation for a long time. There is no more time for shock, instead it is on non-Indigenous allies to take their initial outrage and turn towards Indigenous people and Indigenous-led organizations to act: